The Robert H. N. Ho Family Foundation Program in Buddhism and Contemporary Society is delighted to welcome Professor David L. McMahan, who will present a keynote address for our annual conference, “Buddhism in the Global Eye”:

The standard modernization-as-westernization narrative of Buddhism closely parallels the twentieth-century narrative of secularism as a global, linear, and uniform process of religion waning and becoming less relevant to public life. The processes of disenchantment, social differentiation, displacement, and the growing dominance of instrumental reasoning and scientific thinking, according to this narrative, would gradually come to occupy the spaces once inhabited by religion. New ways of thinking about secularism, however, suggest that Buddhism in the modern world offers an example of (1) the porousness of the boundary between secular and religious; (2) the diversity, fluidity, and constructedness of the very categories of religious and secular, since they appear in different ways among different Buddhist cultures in divergent national contexts; and (3) the way these categories nevertheless have very real-world effects and become drivers of substantial change in belief and practice. Drawing from a few examples of Buddhism in various geographical and political settings, I hope to take a some modest steps toward illuminating some of the broad contours of the interlacing of secularism and Buddhism. In doing so, I am synthesizing some of my past research on Buddhist modernism, integrating it with some current research I am doing on meditation, and considering their implications for thinking about secularism and the modernization of Buddhism. Particular examples include certain meditation practices that have gone global, but take on very specific forms in different countries due to laws governing how “secular” and “religious” are understood (US, China, India). Another example is how Buddhism is being shaped by political forces in China, again, by the state conceptions of “religious” and “secular.” The examples complicate any linear understanding of modernization and secularization and, instead, suggest a multinodal process.

***Lectures are free and open to the public. No registration required. Seating on a first-come, first-served basis.*** 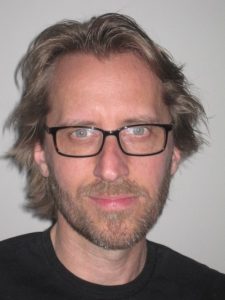 David L. McMahan is the Charles A. Dana Professor of Religious Studies at Franklin & Marshall College in Pennsylvania. He received his Ph.D. in religious studies from the University of California at Santa Barbara. He is the editor of Buddhism in the Modern World (Routledge 2012) and author of The Making of Buddhist Modernism (Oxford, 2008), Empty Vision: Metaphor and Visionary Imagery in Mahāyāna Buddhism (Routledge Curzon, 2002), and a number of articles on Mahāyāna Buddhism in South Asia and Buddhism in the modern world. He has written on Indian Buddhist literature, visual metaphors and practice, and the early history of the Mahāyāna movement in India. More recently, his work has focused on the interface of Buddhism and modernity, including its interactions with science, psychology, modernist literature, romanticism, and transcendentalism.