Please join us for a talk by Professor Michael Como (Columbia University), presented by the UBC Buddhist Studies Forum and the UBC Peter Wall Institute for Advanced Studies. 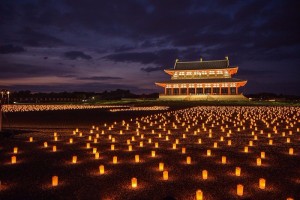 Abstract: From the late seventh to the late eighth centuries, Japanese rulers built no fewer than six capitals, with the largest housing as many as 70,000 to 100,000 residents. In this paper, I will suggest that the buildings, roads and tools of these capitals functioned not simply as inert matter, but also as active forces that reshaped the ritual means by which urban residents mediated their relationship with their physical environment and with the superhuman world. Because urbanization disrupted longstanding geographic connections between shrines, tombs and the urban residents that had left them behind, it helped produce a number of new ritual strategies related to divination and the propitiation of angry spirits. Although the visual dimensions of the new urban landscape have been discussed by scholars of Japanese literature and art history, in this talk my chief concern will be with the aural dimensions associated with the construction of the Nara and Heian capitals. How did the new urban soundscapes affect the ritual strategies and interpretative frameworks of rulers ensconced in their Nara and Heian palaces? How, and where, did the court and its officials listen for clues concerning both the mundane and superhuman worlds? As I explore these questions, I shall argue that a series of aural anomalies recorded in the court histories helps illustrate remarkable shifts in the ritual means by which the court engaged this newly-built environment and its manifold structures that went bump in the night. Michael Como is Tōshū Fukami Associate Professor of Shinto Studies at Columbia University. His research has focused on the religious history of the Japanese islands from the Asuka through the early Heian periods. His major publications include Shōtoku: Ethnicity, Ritual and Violence in the Formation of Japanese Buddhism(Oxford University Press, 2008), Weaving and Binding: Immigrant Gods and Female Immortals in Ancient Japan (University of Hawaii Press, 2009) and Medieval Shintō, a special edition of the Cahiers d’Êxtreme Asie that he co-edited with Bernard Faure and Iyanaga Nobumi published in 2010. He is currently working on a new monograph on urbanization and religious practice in the Nara and Heian capitals.