In celebration of UBC Library’s centennial, author and former British Library curator of Chinese collections Dr. Frances Wood, will speak on the movement of ideas and icons across Central Asia facilitated by the Silk Road trade routes:

“From Buddhism to Nestorian Christianity: The Importance of the Silk Roads in the Movement of Ideas and Religions across Central Asia”

RSVP for this free event by May 22 to library.development@ubc.ca

The rich variety of religions was evidenced by the great cache of manuscripts discovered in Dunhuang in 1900. Since the first removal of manuscripts to London by Aurel Stein in 1907 and to Paris by Paul Pelliot in the following year, scholars have been astounded by the richness of this manuscript hoard. In addition to showing the significance of Buddhism in the daily life of Tang China, these treasures also reveal the importance of religion to the Sogdian traders who dominated the northern Silk Road and underline the cosmopolitan nature of Tang China.

A PDF Poster may be downloaded here: Frances Wood Poster. 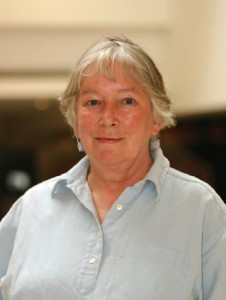 Frances Wood studied art at Liverpool Art School and then Chinese at the University of Cambridge. She spent a year at the Beijing Languages Institute and Peking University, before completing her PhD work on traditional domestic architecture in the Beijing area. She worked in the School of Oriental and African Studies Library at the University of London before moving to the British Library in the early 1980s. She retired in 2013 after more than 30 years there as curator of the Chinese collections. Dr. Wood is well published on Chinese culture and history; her books include Did Marco Polo Go To China? (1995), The Blue Guide to China (2002), The Silk Road (2003), The Forbidden City (2005) and Picnics Prohibited: Diplomacy in a Chaotic China during the First World War (2014).