The Robert H. N. Ho Family Foundation Program in Buddhism and Contemporary Society and the UBC Tzu-chi Buddhist Studies Forum are delighted to welcome Professor Wendi Adamek (University of Calgary), who will present a lecture entitled,

“Fathers and Daughters in Chinese Buddhism”

In Mothers and Sons in Chinese Buddhism, Alan Cole traced the development of a distinctive Buddhist discourse on filial piety. He focussed exclusively on mothers and sons, but there is much that could be said about Buddhist father-daughter relationships. Most famously, father-daughter conflict and reconciliation drives the plot of The Precious Scroll of Incense Mountain, a sixteenth-century tale of the bodhisattva Avalokiteśvara’s past life as the Princess Miaoshan. In this talk I examine much earlier material on filial Buddhist daughters. In the seventh century, a Buddhist nun named Zhijue dedicated a niche and wrote a memorial for her father, a respected magistrate. The memorial is full of praise for his commitment to Buddhist practice, and it appears that she and her father were united against the rest of their family. In the eighth century, filial devotion and master-disciple devotion appear to dovetail in the accounts of two female followers of the Chan Master Wuzhu. Finally, I look at a well-loved Chan/Zen fictional character: Lingzhao, the daughter of Layman Pang, who was said to have died in the ninth century. In these three accounts of Buddhist daughters, we see literary and cultural conventions re-negotiated and re-appropriated in various ways.

A PDF Poster may be downloaded here: Wendi Adamek poster. 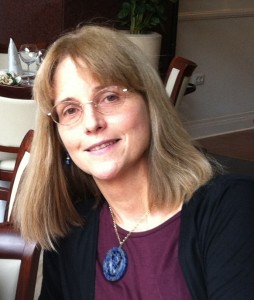 About the Speaker: Wendi L. Adamek is Associate Professor in the Department of Religious Studies at the University of Calgary and holder of the Numata Chair in Buddhist Studies. Her forthcoming book Practicescape: The Buddhists of Baoshan centers on a seventh-century community in Henan, China. Previous publications include The Mystique of Transmission (2008 AAR Award for Excellence in Textual Studies), and The Teachings of Master Wuzhu: Zen and Religion of No-Religion (2012). Born in Hawai’i, she earned her degrees at Stanford University and has been a research fellow at Kyoto University, Peking University, and the Stanford Humanities Center. Her research interests include medieval Chinese Buddhism and Daoism, Buddhist art, comparative philosophy, and environmental literature.

Prof. Adamek will also be presenting at the “Buddhism Now: Opportunities and Challenges” academic workshop on April 12 at Dharma Drum Vancouver Center.