Public Lecture: Patricia Berger on Multiple Identities: The Many Faces of the Manchu Emperors of China

Public Lecture: Patricia Berger on Multiple Identities: The Many Faces of the Manchu Emperors of China

Multiple Identities: The Many Faces of the Manchu Emperors of China

Berkley-based scholar and author of Empire of Emptiness, Patricia Berger will present a lecture that looks at the important role of Buddhist painting, sculpture, and decorative arts produced by Imperial Qing court artists and distributed throughout the empire.

The Manchu emperors of the Qing dynasty (1644-1912) ruled over a multi-ethnic, polyglot empire. They understood that art could be used to convey untranslatable messages across cultural boundaries. This lecture will look at the creative visual strategies that the Qing emperors developed to use in their diplomatic exchanges with the Mongols, Tibetans and other peoples. The lecture will also consider imperial self-fashioning, paying particular attention to imperial portraits in the exhibition Forbidden City: Inside the Court of China’s Emperors at the Vancouver Art Gallery. 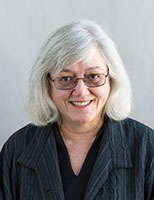 Continuing her interest in hands-on art history and museum practice,Berger has participated in the development and staging of a number of international exhibitions over the past decade, including the London Royal Academy of Art’s Three Emperors (2006) and the Zurich Rietberg Museum’s Luo Ping: Visions of an Eccentric (2009-10). Her book, Empire of Emptiness: Buddhist Art and Political Authority in Qing China (Honolulu: University of Hawaii Press, 2003), a study of the 18th-century Qing court and its ties to Tibet and Mongolia, was awarded the Shimada Prize for Best Book in Asian Art in 2008. She is currently finishing a new book dealing with visual encryption in 18th-century China.